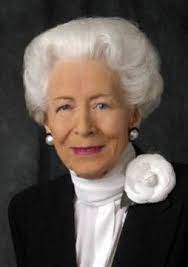 Upon finishing college, Betty returned to Amarillo and was employed by Lawrence Hagy, where she learned about the oil business.

Betty dedicated her life to her family, her faith in God and returning the blessings she felt God had bestowed on her. She felt that God had truly blessed her life and through many difficult challenges her faith never wavered.She married Lee T. Bivins in 1945. They enjoyed sharing community interests and traveling with their boys. When Lee died in 1972, she reared her rough and tumble boys and assumed operation of Exell Cattle Co. Her beloved son, Lee II, “Levi,” died in 1994. A new chapter in Betty’s life began in 1997 when she married John J. Lovell of Santa Fe, N.M., sharing time together in Amarillo and Santa Fe until his death in 2005. Betty held a firm belief that she must do all she could to make this community that she loved a better place. Her efforts and unending energy inspired everyone who knew her. She was a past president of the Amarillo Junior League and a board member of the Center City Advisory Committee. She served the Amarillo Area Foundation and the Don Harrington Discovery Center, which honored her with the Founders Award. Betty was recognized by Accent West in 1999 as Woman of the Century. Betty also served on the board of directors of First National Bank of Amarillo.Betty was known for her love of flowers and her greenhouse provided beautiful flowers for many special occasions. Welcoming everyone into her beautiful home with grace, Betty had a talent for carrying out any project, whether large or small, with perfection. 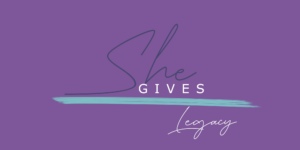 Growing up in Amarillo, she developed a love of the land and became committed to the preservation of our Panhandle heritage. She answered this need with memberships on the Texas State Historical Association, Texas Association of Museums, the Wildcat Bluff Nature Center and lifetime support of the Panhandle-Plains Historical Society and Museum, which awarded her the inaugural Pioneer Spirit Award in 2003. Betty was a founding member of the Panhandle Heritage Foundation, which was responsible for the creation and production of the drama, “Texas,” attending its first presentation. In 1952, she recognized a need for a kindergarten in Amarillo, and together with her husband, Lee, founded St. Andrew’s Episcopal School Her sister, Margaret Teel, was the first teacher. The school continues to thrive and flourish because of her enduring devotion, recently celebrating its 50th anniversary. Her love of the arts inspired Betty to become a driving force behind many organizations devoted to fine arts in Amarillo. She served on the board of directors of the Lone Star Ballet, the Amarillo Botanical Gardens, the Amarillo Symphony Guild, National Museum of Women in the Arts, Amarillo Art Alliance, Amarillo Museum of Arts and the downtown Visual Arts Center. Betty was instrumental in the selection and purchase of the art for the Texas Tech Medical School and the Harrington Cancer Center. 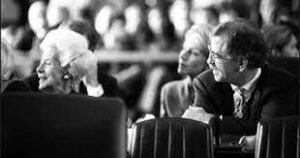 Betty was recognized nationwide for her philanthropic endeavors. She served on the United Way Board and was awarded the Golden Nail Individual Award in 1986.She graciously shared her beautiful home with numerous organizations to raise funds for their needs. Betty was a lifelong member of St. Andrew’s Episcopal Church, which was the recipient of her talents and energy in countless ways. Betty and Lee were instrumental in the establishment of the Diocese of Northwest Texas. She served on the vestry for many years and was the first woman Junior Warden. With her guidance on the Arts and Architecture Committee, and as directress of the Altar Guild, the liturgy was delivered with beautiful appointments and quiet reverence. She was, in every sense, a lady with a quiet and strong beauty who could be grand, but provided a common touch which put everyone at ease. A rose in our garden, how blessed indeed we all are to have known her. How blessed are her children to be of her, a woman of such strength and light, a gentle touch of dignity and kindness to everyone she met. Her legacy of achievements and generosity will benefit the Panhandle and its residents for generations to come. 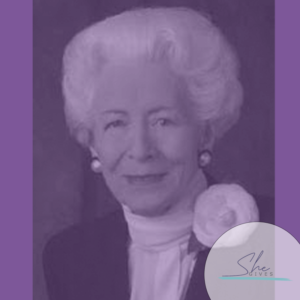 Learn more about how you can join women in philanthropy throughout the Texas Panhandle through the Women’s Philanthropy Fund.  Learn more HERE